The international consortium led by S.I.C.I. Dominus implemented on November 12-17 the first series of events within the framework of the « EHEF Asia » program. A total of 2,400 participants took part in the various activities organized in Hanoi (Vietnam) in order to explore new ways of cooperation between European and Vietnamese universities and to attract Asian students. There was among the different activities an Education Fair, in which 80 exhibitors including Universities and national agencies (British Council, Campus France, NUFFIC, etc.) participated. The European Union Delegation to Vietnam and the Vietnamese Ministry of Education were also involved in the events.

The EHEF Asia project, funded by the European Commission and led by DG Development and Cooperation (EuropeAid), has a budget of two million euros and is run by a consortium led by SICI Dominus and composed by other companies such as IBF, Particip and B&S Europe. After this first success story, S.I.C.I. Dominus will continue to organize events in countries such as Kazakhstan, China and Pakistan during the next two years. 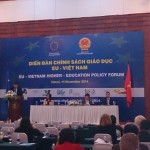 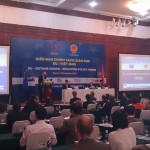 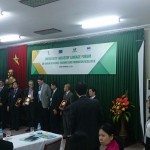 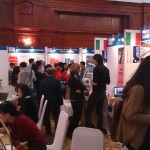 Visitors in the Fair on Saturday afternoon 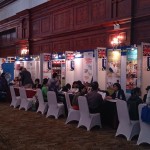 Visitors at the Fair on Sunday afternoon

You can find out more about which cookies we are using or switch them off in settings.